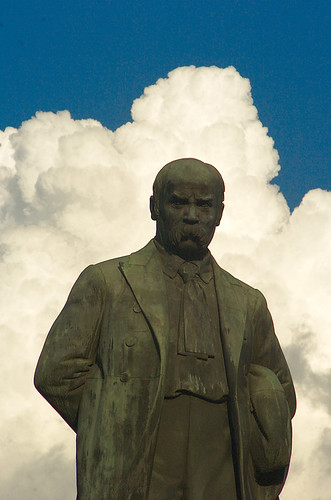 This is a detail shot of a statue of Тарас Г Шевченко in Kiev.

I worked to get the halo effect of the clouds right behind his head. In this shot it looks almost effortless. But that's a function of cropping. In it's entirety the shot is... 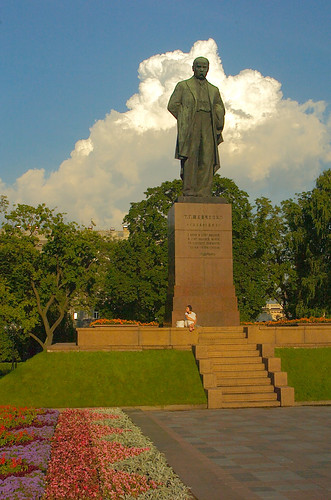 The hard part (such as it was hard) was making sure the full frame would be decent, and waiting for the passers by (of a late evening in July) to not be blocking the foreground. The woman sitting on the pediment was a nice grace note. The greying of the lower clouds, and the winking of the windows was something I couldn't avoid. The same light which made the upper clouds so brilliant, was the painful blow-out of the windows.

I'll have to find the prints of the photos I took of the statue dedicated to him in L'viv. He sits in front of a rising wave of, for want of a better term, thoughts, littered with the bits and pieces of his stories.