So, I had a butterfly on my grapes.

I didn't recall seeing any caterpillars on the grapes and the species it seemed to be is fond of sycamore/willow, neither of which is represented anywhere near the half-barrel in which the chrysalis was spotted.

So I did some research and Papilio cresphontes the giant swallowtail is fond of citrus, and rue. The background plant in this image 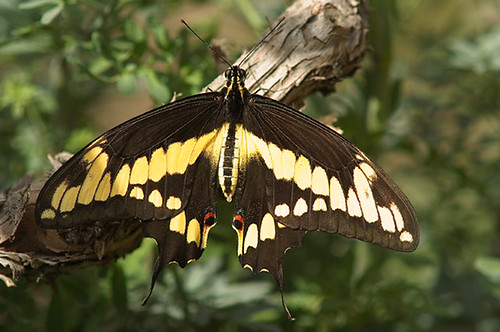 is rue. The pattern of the wings, is that of cresphontes.

So, I hope there will be some caterpillars. Once I found the name, I saw what I expected, the larva I'd seen on the rue; which looked like a freshly shat birdsplat, is the what they look like when young.

athenais pointed out the scales shot looks flat. She said it probably wasn't my fault, but she's wrong. I forget most browsers don't recognise color-space, so the profile I use to print is tossed aside. 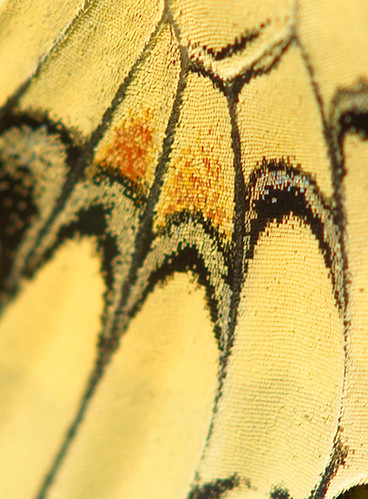 Which is probably pretty close to the way it looked to me.

But that's not what people expect to see in detail shots of butterfly/moth wings. They want saturation so I did a little (and just a little) tweaking to try and catch that sense of things: 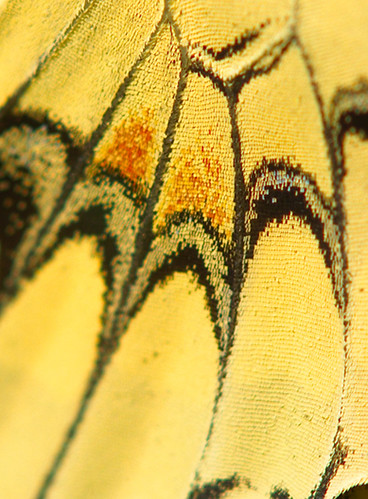