I do most of my work these days with a digital camera (it's a lot cheaper... today I shot about 200 frame at the Huntington. I could afford to do some hand held macro work which I'd not have dreamt of because the place of critical focus was so small).

But there are limitations. I only get one "film stock" to work with. If I wan't some other color balance, I have to do it in the "darkroom". My preferred darkroom is LightZone, but there are plug-ins which don't work outside of Photoshop (this is part of how it keeps it's huge chunk of the market).

So I diddle the image to get what I want as a baseline: 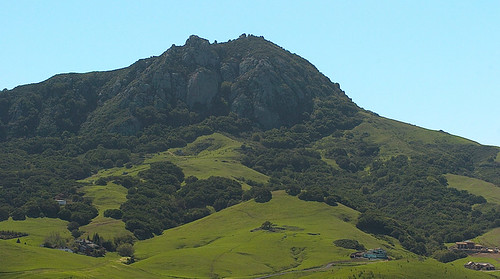 It's a nice picture, but sometimes one wants to something different, say a B&W version. Back in the day (well, still, but it's more expensive; a roll of film is 20 bucks for 36 images. That's not counting paper and chemicals for doing larger prints).

So I have a copy of Nik Color Effects 3.0 and I can do things with it. 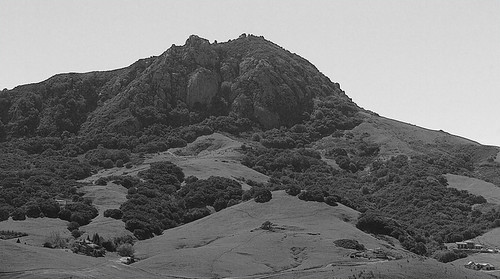 I don't care for that one so much. It's straight across conversion. No real monkeying with the options. It's flat, reminiscent of early ortho films (which weren't sensitive across the full spectrum... that's what Pan stood for, "panchromatic" i.e. responsive to RGB).

I also felt like looking at the emulations of film stock. One of my favortites (esp. for a subject like this one) is Fuji Velvia. They didn't have that, but Provia is similar (it's the amateur version of Velvia). 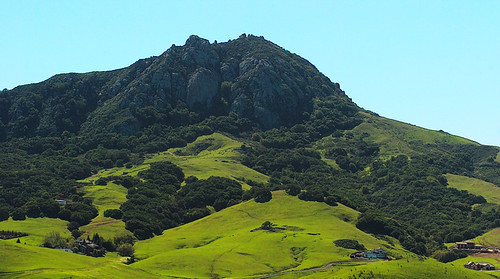 That's not too bad. The sky is a little under saturated; but I'm used to Velvia. Ths reminds me (in the blues) of late '70s Ektachrome. It's pretty good, and I can go back to Lightzone, and fix that aspect.

What about more dramatic treatments? One of the things the math can do is infrared film emulation. IR has some wonderful charactaristics. Plants become ghostly, and people become somewhat ethereal. 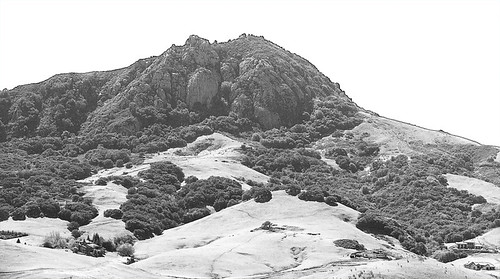 Enh. The effect is of an IR which was underfiltered. More near IR, than true IR.

One can, however, stack effects. 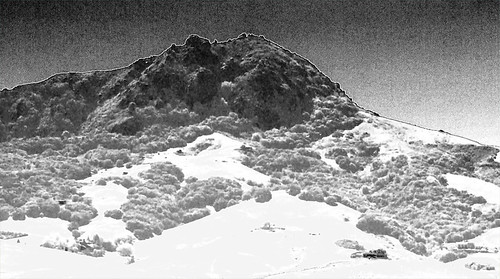 Which is a better IR emulation. It has the right qualities. I took the Fuji Provia, and then laid the IR filter over it, and got a look much more like the Kodak IR (which needs a Wratten 25 filter,and to be kept in a cooler and loaded in the shade; usually losing the first frame to heat fogging through the canister lips).