Pictures can tell stories. Some of those stories are in series (as with yesterday's set on the landing of a duck).

Some of them stand alone. 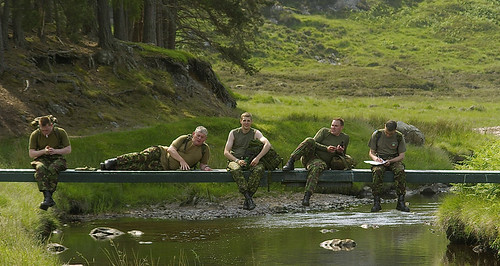 There's a story there. As

tnh has said, "Story is a force of nature." One looks at a picture like that, and the details (it's better seen larger) speak.

The bottle, the letter, the open faced youth and the tired older soldier; the guy lighting a fag on the end, a bit away from the rest.

You will never know what was truly going on (that's part of how the camera lies; we think we see what's there, but we can't), but we will build a narrative.

How that picture is presented will affect the narrative. 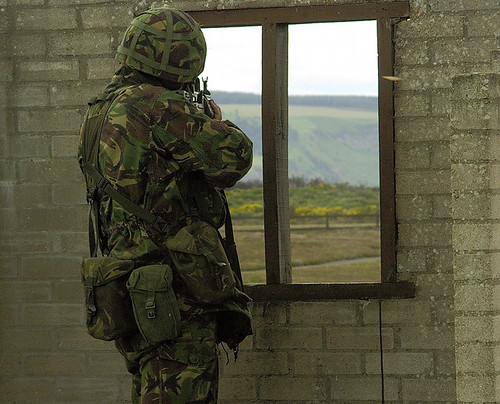 It's nice. Decent composition, the window gives depth, the bricks echoe the squareness of the window, the vertical aspect of the window counterpoints the horizontal nature of the bricks, the fence in the middle distance echoes the horizon, which reminds one that the soldier is constrained. A bit of blur in the upper right tells you he's actually shooting, not just looking. 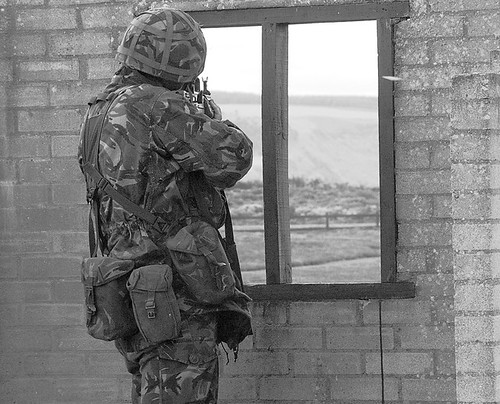 Not so quiet anymore. The color being gone pulls the focus right to the soldier, all the interest in the stuff outside the window is reduced.

With a little more work the sense of drama goes up again. 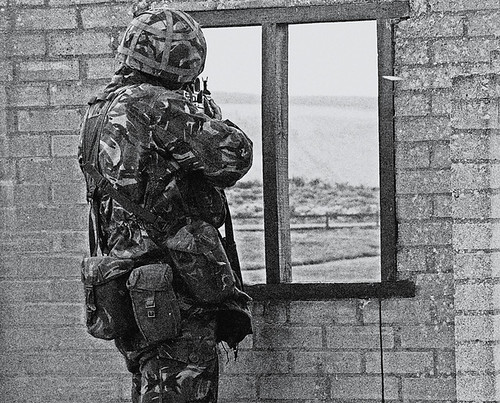 Open them in two tabs, and line them up so they are in the same place on the monitor; then toggle between them. The window frame jumps to life, the uniform becomes more stark and the flying cartridge is more visible.

All three tell tales, none of them tell the same tale.

For a different sort of story, altogether... 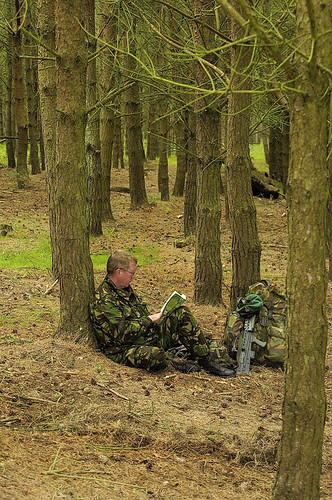 I forgot to mention, in the last post, that I've got a number of photos, related to those, which are in both color and B&W treatments; so one can see how they differ.

Soon I'll try to build a post around the techniques/problems of converting color to B&W.

To see them all.