Attack ads aren't, per se wrong. If what they attack is the substance of an issue (instead of the frippery of a candidate; or some ginned up piece of nonsense).

And this script hits a lot of the high notes.

Ok, not everyone's, but probably the taxes of every American who regularly reads this.

John McCain... not so much.

Which is what the Republicans have never seemed, in my lifetime; at least, to grasp. Grover Norquist has said fiscal irresponsibility is the goal, the famous, "Starve the gov't until it's small enough to drown in a bathtub," comment.

Spend and borrow is stupid. It's, at best, a short term solution to a short term problem. Reagaan shifted the tax burden around, and had a net-loss for gov't income (with what George Herbert Walker Bush termed, and rightly, "Voodoo Economics"). He then went on a massive spending spree, which Bush (pere) had to live with the results of (which included a tax increase; and a quick exit, stage left).

Tax and spend is a better way to go, but the present occupant of the White House thinks that's bad. Better to borrow from China to cover the bills. Want to buy a huge car (have a needless war), whip out the plastic. Don't worry, Capital One (China) will cover it, and the interest won't be too bad because you can pay it over over decades.

Obama seems to realise that a healthy nation needs (like a healthy family) to be self-sufficient. McCain, again, not so much. We, as a nation, pay the smallest taxes in the First World. We are getting what we pay for.

Bridges are collapsing, roads are decaying, New Orleans was damn near destroyed (and what, three years later we still have internal refugees? WTF?). Our healthcare system is a joke.

For what? So the truly rich can flaunt it, and the poor can be asked to bear a greater share of the burden. That's bullshit. To make another family analogy (and one with flaws), Dad doesn't ask the toddler to pay a fair share of the groceries, he doesn't even ask the teenager to.

Hell, in a well off family the kids get a new car, and the insurance is paid for.

The less well to do scrape the money for a decent used car, and the kid gets a job to cover the insurance.

After that, well cars are luxuries, and they borrow dads, or have to pay for it all themselves.

We used to have one. Back in the '50s, under Eisenhower we had marginal rates in the 50-70 percent range. What people today would see as confiscatory. When LBJ cut taxes, Ike came out of retirement to lambaste the plan.

McCain, he want's to cut taxes across the board. The poorest, who most need the help, will see reductions in their taxes by as much as $20.00 a year.

His wife, on the other hand, will see savings estimated to be about $375,000. Maybe she can buy him a house he can remember (in case these aren't enough).

Obama, yes, he is talking about letting the Bush Tax Cuts lapse, and changing the tax structure to help the average guy (you know, the one who doesn't have so many houses it costs 270,000 a year to maintain them Yes, I am beating on this, because Obama isn't that rich, and I don't see anyone beating McCain up for his Sugar Mommy Wife, the way they whomped on Kerry, who wasn't cheating on his first wife when he married his second).

Ok, digression over, back to the Obama tax plan. That little guy (the one McCain is going to toss $20 to) gets about $550 from the Obama plan. That's groceries for a month. It's real money.

I don't know about you, but if I were making almost 3 times what the average american home is worth.pdf (recall too, McCain and his wife own ten homes, which add up to about 13 million dollars, so that average isn't the median, not by a long shot), I think I can afford to budget an eight percent change in my taxes.

For a graphic display of the differences Something to think about.

On the 27th of August, 1963 W.E.B. DuBois died in self-imposed exile in Ghana. He had gone there at the invitation of Kwame Nkhrumah believing that his seven decades of struggle for the rights of African-Americans had been in vain. That, in short, black Americans would not be able to achieve the rights of citizenship that he believed they deserved. That he, who had worked his whole life for equal rights for all Americans had done so in vain.

On the 28th of August, 1963, as the March on Washington was getting underway, word spread to the organisers that DuBois -- the founder of the Niagara Conference, one of the founders of the NAACP, author of major works of history and sociology, a man who had been the leading intellectual figure of black American life for two-thirds of a century (he was born in 1868, and received his doctorate from Harvard, the first African-American to do so, in 1895) -- had died the day before. It cast something of a pall on the event.

Forty-five years later, to the day. The political party that had upheld white supremacy for over a century. The party that precipitated the Civil War. The party that stood for the criminal doctrine of 'States' Rights', that meant that some citizens had rights and others had none, did something that DuBois would have deemed unthinkable and chose a man of African descent as its standard-bearer. 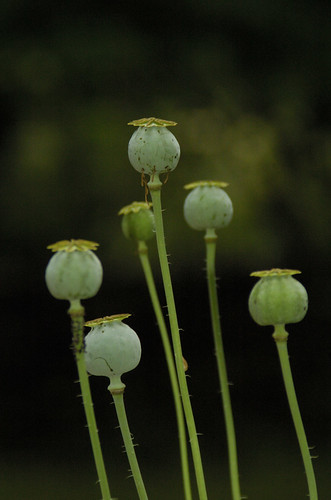 I've been looking for a copy of this for months. I've not found the RAW file, so this may be as good as it gets.

My previous political post is spinning off to a discussion of healthcare.

Which makes the comments of McCain's campaign advisor on healthcare in this article all the more fitting to the present..

But the numbers are misleading, said John Goodman, president of the National Center for Policy Analysis, a right-leaning Dallas-based think tank. Mr. Goodman, who helped craft Sen. John McCain's health care policy, said anyone with access to an emergency room effectively has insurance, albeit the government acts as the payer of last resort. (Hospital emergency rooms by law cannot turn away a patient in need of immediate care.)

"So I have a solution. And it will cost not one thin dime," Mr. Goodman said. "The next president of the United States should sign an executive order requiring the Census Bureau to cease and desist from describing any American – even illegal aliens – as uninsured. Instead, the bureau should categorize people according to the likely source of payment should they need care.

"So, there you have it. Voila! Problem solved."

It's so nice to know I was insured when I had a kidney stone and the hospital billed me $8,000. I wasn't actually facing bankruptcy... I was insured.

Moron. He's just annoyed that Texas is reported as having a economy which is growing, while the number of insured people is shrinking.