Well, I'm one of those who thinks he didn't. I used to. I was of the opinion, as the trial was going on, the LAPD had made the mistake of framing a guilty man. I watched a fair chunk of the trial, and heard it on the radio. I wasn't in L.A. at the time (it was while I was living north of San Francisco, the murders, and the arrest took place while I was in Monterey).

I also watched the news and read the papers. For years I thought he ust have done it. Then, I forget why exactly, I was pushed into doing some research. By then a number of books had come out, and I read them. I went and dug up a copy of the coroner's report. The most interesting thing I read was the collaboration of the only two reporters who got to see the whole thing.

We didn't get to see the whole thing. The Jury didn't get to see the whole thing (which matters a great deal in the interpretation of the facts in evidence. Those who saw the news, read the papers, even who got to sit in on some of the trial, didn't have the limits the jury did. We were told what was presented; but we were also told, "what it meant", which intepretation colored a lot of the understanding of the evidence).

I do rememeber the blood expert tesitfying. That was when I was pretty sure the LAPD had fucked up.

But it was the coroner's reports (and O.J.'s medical records) which sowed the first seeds of real doubt. Goldman had restraint wounds on his neck. Someone poked him with a knife in the neck, several times; in the manner of someone making one stands still.

Then Nicole was killed, which took according to the coroner, at least a minute, maybe two. Then Goldman, who hadn't moved, was killed.

So the evidence says, he stood stock still, while someone (who was per his medical records; supported by visual evidence of video tapes from before the murders, wasn't very quick or agile any more. Golf is one thing, jumping fences and tackling people is another) turned away from him, stepped several feet away, committed a long attack, and then turned to come back to Goldman.

All while he was just a few feet from escape. He just stood there and waited (the crime scene report indicates he didn't move from the beginning of the attack on Nicole, until his collapse as a result of the attack on him).

As presented, the case didn't work. The prosecution's argument, OJ Simpson acted alone, didn't hold up. The jury came back fast. That's not typical in cases where the evidence is debatable. The forewoman of that jury had been on a jury in a murder case in the past. She pulled a, "Twelve Angry Men" and reversed the other 11. They'd wanted to acquit, she persuaded them to convict. She is white.

There's some other stuff (relating to his relationship with Nicole) which casts some doubts on his portrayal as the stalking abuser who can't let go. One of the other men she was seeing described an incident, where he and she had been caught by OJ in an indiscreet moment. The guy said OJ didn't explode, didn't get angry, just said he'd like it if they didn't do that in the living room when the kids were home.

It's not proof, but it's interesting.

If OJ killed them, he didn't act alone. He wasn't up to it, and the evidence says it was at least two people there (someone to kill Nicole, and someone to restrain Goldman). Westwood had a couple of other similar killings in the general time frame. Those were ascribed to some gang fighting over drugs.

Did he do it? Maybe, but I don't think so. The LAPD, and the DA say he did. The case is still open, but they say there is no point. Me, if I were the cops I'd be looking for that second person. Then again, maybe not. If OJ wasn't involved, finding the second person would open a whole new can of worms, and one that could get really expensive.

The truth is... we'll never know. The press spent most of the time telling us what a slam-dunk this was. How all the eividence added up to murder. A jury, of "twelve men, good and true," looked at the evidence and acquitted him. From there, it gets murky, because the "meaning" of the verdict is different to everyone who looks at it.

The question of domestic violence is in there (how hard is it to get someone who beats women convicted? Why is a "murder/suicide" treated differently if a man kills his girlfriend/wife/kids, compared to someone who robs a bank, or shoots up a school, before offing himself, or committing suicide by cop?).

The race question (and the very different reactions between the white and black communities) is in there. Was "whitey" looking to take down an, "uppity nigger,"?

The question of corrpuptin in the police dept. is in there (the bloody glove was still wet, eight hours later, in an LA Summer? Where did the other couple of cc's of blood go? Why did the forensic experts say the sock wasn't on anyone's foot when the blood got on it?, etc.).

The question of how Furman, who wasn't on duty; and had a history with OJ, managed to be there, and why he was allowed to horn in on a case which was certainly going to be a media circus is in there.

All of that, and lot more besides, is bundled up with this. Thirteen years after the trial, and the civil suit, etc., and it's still enough to get people hot under the collar.

And, for all the certainty, none of us will ever know what really happened.

I am also aware, looking at my photos, it might seem all I know how to do is birds, bugs and buds.

So I give you a couple of shots of 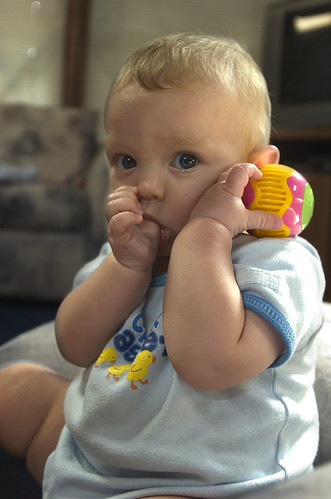 If you click you through you can see another one.
Collapse