Everyone who had paid by yesterday has been shipped. The other cards have been printed, but I didn't have addresses, or I'd have sent them too. They ought to be in the mail by Thursday.

Those of you who've not ordered Holiday Cards there is still time.

I'm a political animal. For the past five years I've spent not less than 10 hours a week keeping up with poltics, and writing about it. It's a quiet sort of activism.

For the past 25 years I've been passionate about it, as an Idea. I've never been passionately for a politician. Against, sure. The present occupant of the Oval Office has no love in my heart. The best I can summon is an appreciation of a common humanity; but sympathy there is none, disdain and loathing are present in full measure.

I recall, a night much like tonight. My first presidential election of eligibility. Dukakis was losing to Bush pere. I was with

hal_obrien at my girlfriend's father's place. Mike was astounded that he and I were so sanguine about the loss. If it had been his guy, and he was losing this badly, (at our age) he'd have been crushed.

We weren't. The man wasn't as interesting as the process. The art of the possible would go on (we had yet to learn how feckless the Dems could be, nor worse how ruthless and absent in morals and ethics the Republicans would be).

Not so this year. I woke up, and Barry and I went to vote. The polls were busier than I've ever seen them. At 0830 we had to wait five minutes. The other precinct (it's a shared location) was more like fifteen.

Neither Barry, nor I, were voting for our first choice. We were Edwards fans, and his falling by the wayside was a disappointment. Obama won first me, and then him over (though his disdain for the Clintons made him pretty much an Obama voter before me; I was the faster fan).

This guy has it. Executive experience... he's got a ground game which is incredible. He's managing millions of people to his cause; through the use of delegated authority, and a hands on touch which is incredible (there was a door-knocker who got punched, when she got home there was a message on her machine, not from the Campaign, from the man. That's impressive).

And he speaks, no at me, not past me, but to me. He trusts the voter will understand nuance. Attacked with crap, he managed to shrug it off, and move on; sticking to ideas and issues.

The polling, right now, says he's winning. God I hope so. I have not been so wrapped up in the idea of someone winning in my life. No matter what happens it will be hard to sleep tonight. There is joy, and despair, waiting in the wings.

At Starbucks, after we voted, there was an old woman in line. Stooped, slow-moving, and in need of help from her daughter/nurse; and she shined. Every shaking move was filled with pride. The woman was black, and 90 years old, and the way she looked, she embodied hope, and infused all who were there with it.

That's what I voted for.

If, God forbid, Prop 8 should pass, it might fail.

The argument to make is this... it's not an amendment to the costitution, it's a revision.

Because it, fundamentally, changes the relationship of a group of people and the state (since they have, per the constitution, discrimination such as this is prohibited)

For a revision to be found, “it must necessarily or inevitably appear from the face of the challenged provision that the measure will substantially alter the basic governmental framework set forth in our Constitution. [Citations.]” (Legislature v. Eu, supra, 54 Cal.3d at p. 510, 28
6 Cal.Rptr. 283, 816 P.2d 1309, original italics.)

In re Marriages Cases (2008) 43 Cal.4th 757, the decision which affirmed the right of any two people to marry, the Calif. Supreme Court held:

In light of the fundamental nature of the substantive rights embodied in the right to marry—and their central importance to an individual’s opportunity to live a happy, meaningful, and satisfying life as a full member of society—the California Constitution properly must be interpreted to guarantee this basic civil right to all individuals and couples, without regard to their sexual orientation.

They went on to emphasize: In light of the fundamental nature of the substantive rights embodied in the right to marry—and their central importance to an individual’s opportunity to live a happy, meaningful, and satisfying life as a full member of society—the California Constitution properly must be interpreted to guarantee this basic civil right to all individuals and couples, without regard to their sexual orientation.

Since a host of other cases have made explicit rulings on the iherent rights of people to marry, this isn't a minor quibble.

So what does it take to revise the constitution?


SEC. 2. The Legislature by rollcall vote entered in the journal,
two-thirds of the membership of each house concurring, may submit at
a general election the question whether to call a convention to
revise the Constitution. If the majority vote yes on that question,
within 6 months the Legislature shall provide for the convention.
Delegates to a constitutional convention shall be voters elected from
districts as nearly equal in population as may be practicable.

So, the California Supreme Court can be asked to consider if Prop 8 (should it, God forbid, pass) was properly presented as an amendement; because it changes, dramatically, one of the core values of the State's Constitution.

If, hope against hope we don't, this bastard passes; that's the place to put your time, effort and money. Because there is no way a revision will be passed out of the Legislature, much less be ratified by the people.

I've been meaning to write this for a while, and now I have.

Post Exposure Advanced Techniques for the Photographic Printer by Ctein

At first blush it looks to be obsolete, it’s a book about working film, in an age about pushing pixels. Don’t be fooled, the basics are the basics. Ansel Adams and Minor White are no less relevant today, than they were when they started codifying the ideas of the Zone System. The ideas in Post Exposure are those very basics. Straight up, I like this book. There is damn little in the way of critical comment I can think of to make, so this is going to be more an explanation of what it provides by way of useful information. 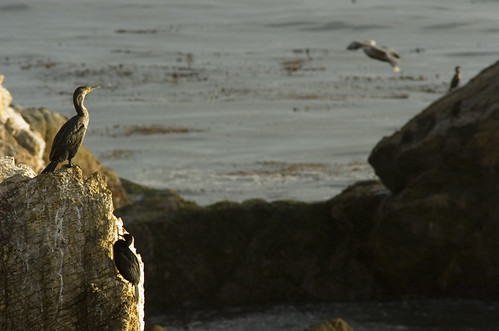