This isn't really important to the story.

In the course of it someone said something foolish (that the Church never threatened to kill people who challenged the Earth-centric view of the universe... which is techically true... heretics were turned over to the civil authorities, who would do with them as they saw fit. This is also neither here, nor there, to the story).

Someone else made a nasty barb about home schooling.

Enter, "Physicist Dave", who took grave offense, as he is home schooling his children (who are doing better than all those other children; why they'd give the kids in Lake Woebegone a solid drubbing, no matter how above average all of them are).

Dave is, you see a "traditional values" atheist (and hater of public education). He also voted for Prop 8, which is important to this story. It is, in fact, the point of this story.

Reading Dave's defense of his position is painful. Painful as working a loose tooth, or dried scab, is painful, because, as he tries to justify his action he exposes more and more of his fears, and bigotries, and lack of understanding (his grasp of evolution seems to be a tad flawed; he seems to have, at least, traces of the idea of "direction"). He think Calif. Judges are "activist", Prop 8 will force religious intolerance, that lawsuits over discrimination; had it passed, would be bad (such things ought to be worked out in private, between landlords and tenants, employers and workers), and homosexuals already have the right to live together; and not be thrown in jail for having sex.

They can even get a religious blessing.

So actually treating them as equal isn't such a big deal.

This, I think, is the problem we, who oppose 8, and all its ilk, have to face. It's what we have to devise a means to fight.

I've been going through the Galapagos pictures (there were a lot of them), and thought you might like to see some. 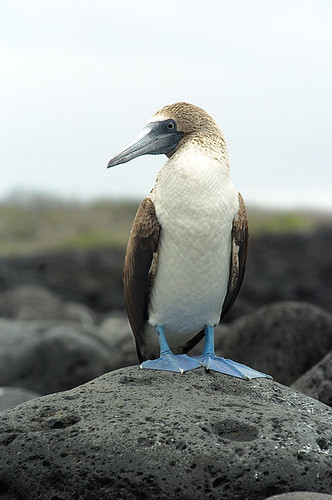 Or a foursome on the beach? 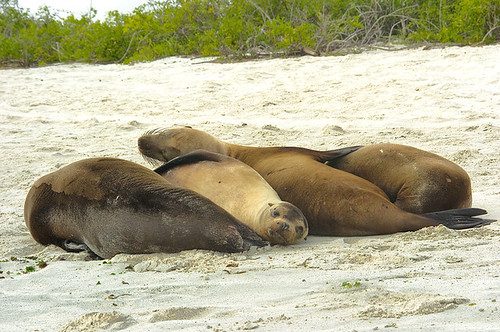 Or a guy strutting his stuff for the ladies? 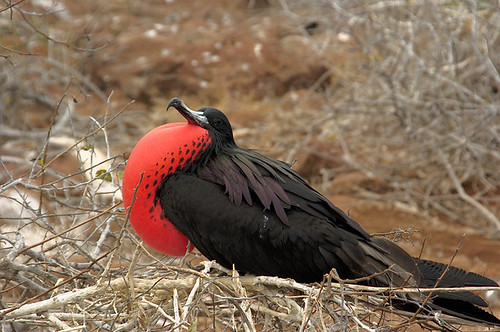