I spent last week in SLO, with

commodorified. Apart from just spending time in town, we were checking out the actual accommodations at Hostel Obispo, as part of the prep for the LightZone Workshop in Feb. A few things are in need of tweaking (mostly minor bit of scheduling for the day, based on the way the kitchen works, nothing is fundamentally altered).

The other thing I was doing was looking about and getting a feel for the move back up there. Which is why I am pitching cards again. Moving is going to cost me a bit of money (with luck I shan’t be in the hole for too long, but a head above water job isn’t really possible to get from here. Part-time/service jobs like that aren’t willing to put up with hiring someone who can’t start until a couple of weeks after hiring). That, and the cost of paying for the motorcycle I’m buying; so I can manage to get around (and make practical trips to LA/SF and points of photographic interest).

Cards, for those who are late mailers, are still available (and, since they aren’t really holiday themed, can be used year round). After this the price will have to go up.

The other thing I’m offering is prints. Christmas is coming and they make pretty good gifts. With a couple of exceptions (which I don’t really expect people to want, since they are purely there to illustrate some bit of photo-blogging), everything you see at Terrence Karney Photography are available as prints. If you don’t have wall space, I am willing to do smaller prints (4x6 and 5x7), suitable for desktops.

It was great. For any number of reasons LA hasn't fit for awhile, and every time I get up to SLO I am more reminded of it. I like that it has a stronger sense of place; and of implicit community. I like the weather, and the scenery and the people, and the support for the arts (which includes a pretty strong photographic community).

We stayed at The HostelObispo. Of the hostels I've been in, this was the closest to what I think hostels are supposed to be. It's a victorian, two-storied, with gables everywhere (I didn't count them). That's not what made it seem so canonic. The people were great.

It's overstaffed right now (with three of the staff having jobs in town, one staying there until his flight home to Belgium [if I understand it, his car broke down in the late summer, not enough money to repair it, and so...), and have a few people who are either there for a longer stay, or using the hostel as a base of travel; coming and going.

We got to meet a defense atty (offices in Kentucky and LA), who was "stuck" for the weekend, because some aspect of the case caused it to hold over to Monday (the judge arranged the calendar to accomadate the lawyer being on Amtrak). It seems he also does defense of activists.

We had a nice set of talks with Tom (who's retired, and waiting for a reason to move to LA) and the others about what goes on in a trial; and the differences between what the jury sees, the sepectators know and the press relates (why yes, OJ did come up, how did you guess).

In the course of the week there were probably 20 people who cycled through (most for a couple of nights), and the sense that they were welcome was strong. The staff (and the longer term residents) knew the area, and were willing to give directions, or even go with people to see things (such as the hot springs in Avila). We met swiss (french and german), Italians, Norwegians, various americans, belgians, brits, a couple of Australians, and one guy from New Zealand.

The only real drawback was the hours the kitchen was open (4:30 to 9:30 in the evening, and 8:00 to 9:30 in the morning), early breakfasts and late dinners aren't much of an option. If you plan to stay more than couple of days there is also the, potential, frustration of no freezer for the guests.

Aside from that, it's a great way to go. A private room isn't more than an hotel, and a shared one is a whole lot less. They kick you out about 10 in the morning, and you can't come back until 4:30 (which is oddly seductive, when one has been walking about, and wants supper. We weren't [save the night we went out to supper] later than about 6:30 all week; which was amusing, because the kitchen was packed. The stove is small, and the workspace adequate to two people working, but a bit cramped for six.

Wandered about the area all week. Discovered the bus service to Avila, Pismo and Grover Beaches has been changed, no local service. Not a huge problem. Take the regional bus to the local bus; or get off the first and walk an extra couple of miles. Looked at the shows in the SLO (it's a town with a lot of gallery space, painting, ceramics, photos, mixed media). There were some good ones, some crap.

The main show in the SLO Center for the Arts suffered from having too intentional a "message", which meant; for me, most of the photos were crap. A couple were pretty, but lacked impact. The rest were strained. One of them, relegated to a corner, was really good; it had power, and a real message. But, since it didn't fit with the main thrust of the theme, it was tucked in a corner. None of them was worth the money being asked (I think the really good one was the least expensive, at something like $4,000), and something about seeing a guy asking for about $100,000 for pictures he was commissioned to go take; by a group he heads a division of, well it smacked of the slightly corrupt.

The room with photos by locals has a lot of good photos (even though some were captioned terribly... the person who kept referring to things like "used for their man-made boats, man-made houses," etc. Oi! as Marna said, there's a reason her wife says the artist shouldn't caption their own work... we shan't even discuss the horror which is the run of the mill, "artist's statement").

Got some leads on wall space. When I get back up there I need to head out to Morro Bay and sumbit some stuff to the co-op, and look into space at the first-sundays art fair at Dragon Caves in the summer. I saw a lot of shops which had racks of cards by local artists. I have images at least as good, and better production values, so that's promising.

This is the season of butterflies. From November to February the Monarchs are abundant. They spend most of their time in groves of eucalyptus (they used to hang out in the pines... the pines are gone, and they adapted). I don't know where they find the milkweed, but they do, and then they gather. Looking at the trees, when the shade is on them they are almost invisible, more resembling leaves. Then a few of them move, and you see they aren't leaves, but vast sheets of butterflies. The population in the "Monarch Grove" in Pismo was down this year, only about 18,000 of them. The trees cover about half an acre, so it's still alot, but in 1994 there were almost 120,000.

It was a good trip.

I need to draft something with substance on photography for TKP but I'm pretty tired right now, so before I head home I thought I'd throw some stuff up here for you guys. 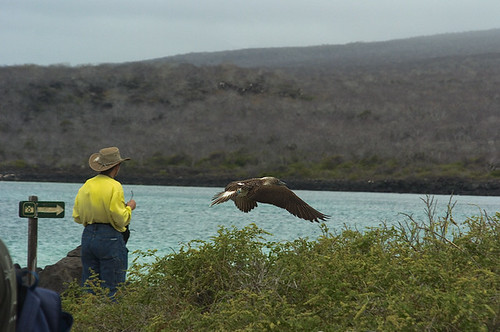 Because it both shows the grace/power of the Booby, as well as an idea of the size of them. They aren't huge birds, but they aren't small either. In the air they are so graceful.

The other shot is a variation, and I'll put the original below it, so you can make the comparison. 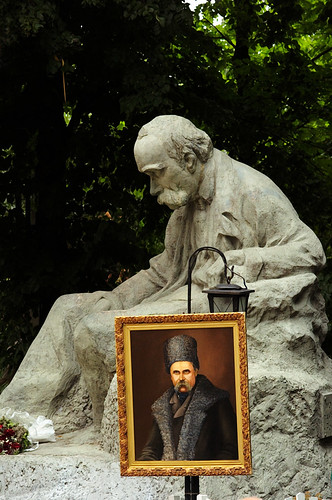 It's a filter (Alien Skin's "Exposure" plug-in for Photoshop). The plug in is a film emulator (and one can play with the profiles to make new ones). I really think the way the painting is punched up helps a lot, and the darker background adds some emphasis to the foreground. 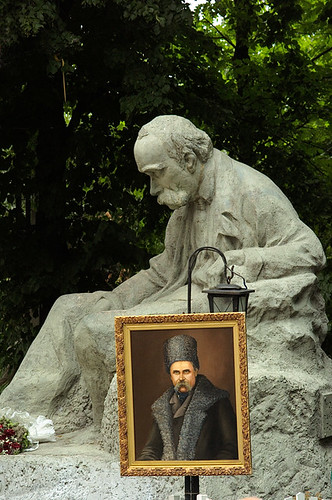